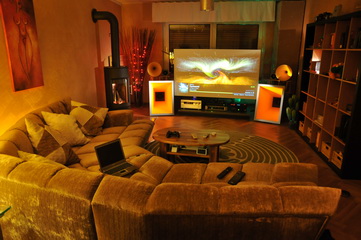 The picture above is a little outdated: The Klipschorn on the left and the tall Eminence TH on the right are gone. Instead there is a Cinema Sub TH in each corner (refer to below).

Instead a dedicated Playback PC with room correction came. It just runs JRiver as player software. Part of JRiver is a convolver engine for room correction an x-over duties. The system is completely active now. Each speaker has it’s own amp now. The convolver runs FIR filters created by Dr. Ulrich Brüggemann’s Acourate toolbox. Many thanks here in particular to Markus and Heiner for their patience in answering my stupid questions!

XBMC (Kodi) had to leave as well since it does not have such nice convolver included as JRiver does. Sad but true. I liked XBMC so much. Music and movies are still stored on the network. A Motu 828ES audio interface serves as D/A converter. With the ESS Sabre32™ DAC it offers improved audio quality compared to the RME Fireface 800, which I used before. The formerly used three-step passive attentuator (0dB/-20dB/-40dB) between the D/A converter and the power amps could be avoided with the Motu interface as it features an internal volume control option. Motu calls it “Pro Audio Control web app” and it can be accessed from your local LAN via web-browser. It allows to control the volume of both Monitor A (channel 1 to 8) and/or B (channel 9 and 10) at the same time. With the MONITOR knob on the front of the interface, the volume can be controlled as well. Volumes relative to one another can be adjusted by their trim controls.

Just the volume control feature was worth the audio interface upgrade. 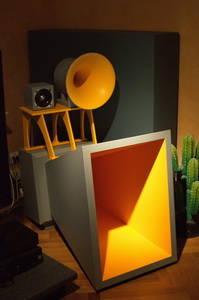 The sketch below shows how the hardware and software components of my system are connected to each other: 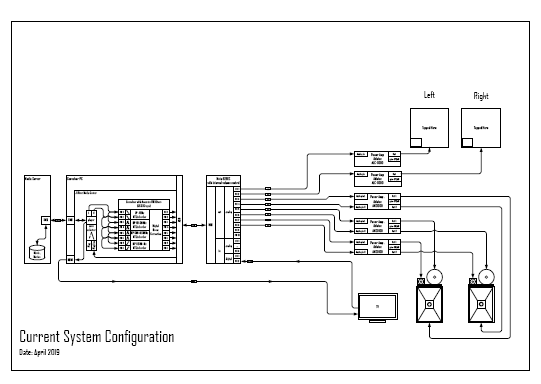 My rear speakers are built from what’s left over in previous projects:

Currently they are not even in operation since my system is limited to stereo only. This will change in future again.